Whilst the key theme of this year’s MWC was 5G (see our ‘5G: How will the star of MWC be used?’ blog post), many other interesting technologies were showcased at the event. Some of these technologies are being developed alongside 5G, but others will be reliant on other network types. So, aside from 5G handsets and networks, what else was hot at this year’s event? 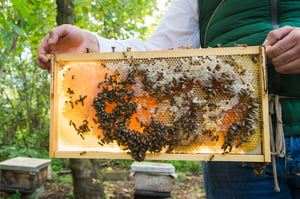 After 5G, IoT received the most airtime, with discussions centring on the impact of IoT on various industries, including agriculture, transport and healthcare. The beekeeping industry received a disproportionate amount of attention, with at least two exhibitors showcasing demos involving bees. It seems that honeybees are particularly sensitive to changes in temperature and humidity and do not respond well to beekeepers removing the lid of the hive to check on the conditions inside. However, by placing sensors inside the hive, beekeepers can monitor these key indicators remotely, making adjustments when necessary.

There was also discussion around how IoT and associated technologies are helping to transform emerging markets, enabling them to leapfrog developed markets in the race to becoming truly digital societies. This is partly because they are not held back by the legacy systems that plague developed markets, and also because innovation in emerging markets is driven by real need, rather than by opportunity, as is the case with developed markets. For example, South Africa has a vehicle theft epidemic, which has led to it becoming a world leader in vehicle-tracking technology. Another example is how healthcare workers in Rwanda have overcome the poor road infrastructure by using drones to deliver blood for transfusions. 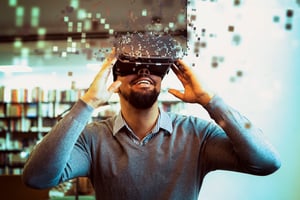 There were numerous VR and AR demos at the show, many of which involved delegates wearing clunky VR headsets or doing a silly dance. Most of these demonstrations were colourful and fun, but not revolutionary. For example, an Android representative explained how Android had worked with Domino’s in Australia to create an AR app that enables customers to see what their pizza would look like with any combination of toppings. Whilst this app is not life-changing, it is easy to see how similar technologies could improve the customer experience when buying an unknown product online as it would give customers a better understanding of the product’s appearance or packaging.

One of the key AI use cases mentioned at the event was how it will be used to automate 5G deployments and manage the many terabytes of data that the billions of connected devices will produce.

A more artistic use case was Android’s AI Duet, a responsive piano that enables users to play a duet with the computer. Budding pianists don’t even need to be able to play the piano – a point well demonstrated by event delegates - as the computer will respond to any notes that are played. 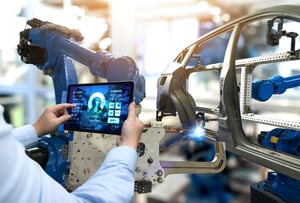 Of course, the topic of how robots may steal our jobs also came up, but this was countered by the World Economic Forum’s claim that whilst machines will displace more than 75 million jobs worldwide over the next few years, 133 million new jobs will be created. This will result in a massive AI skills shortage, but it was agreed that businesses can overcome this by upskilling their existing workforce.

So that’s it for MWC for another year, and one thing is clear -  the most exciting 5G and IoT deployments are still ahead of us! Learn how MDS Global can help you to monetise your existing and future IoT applications >>